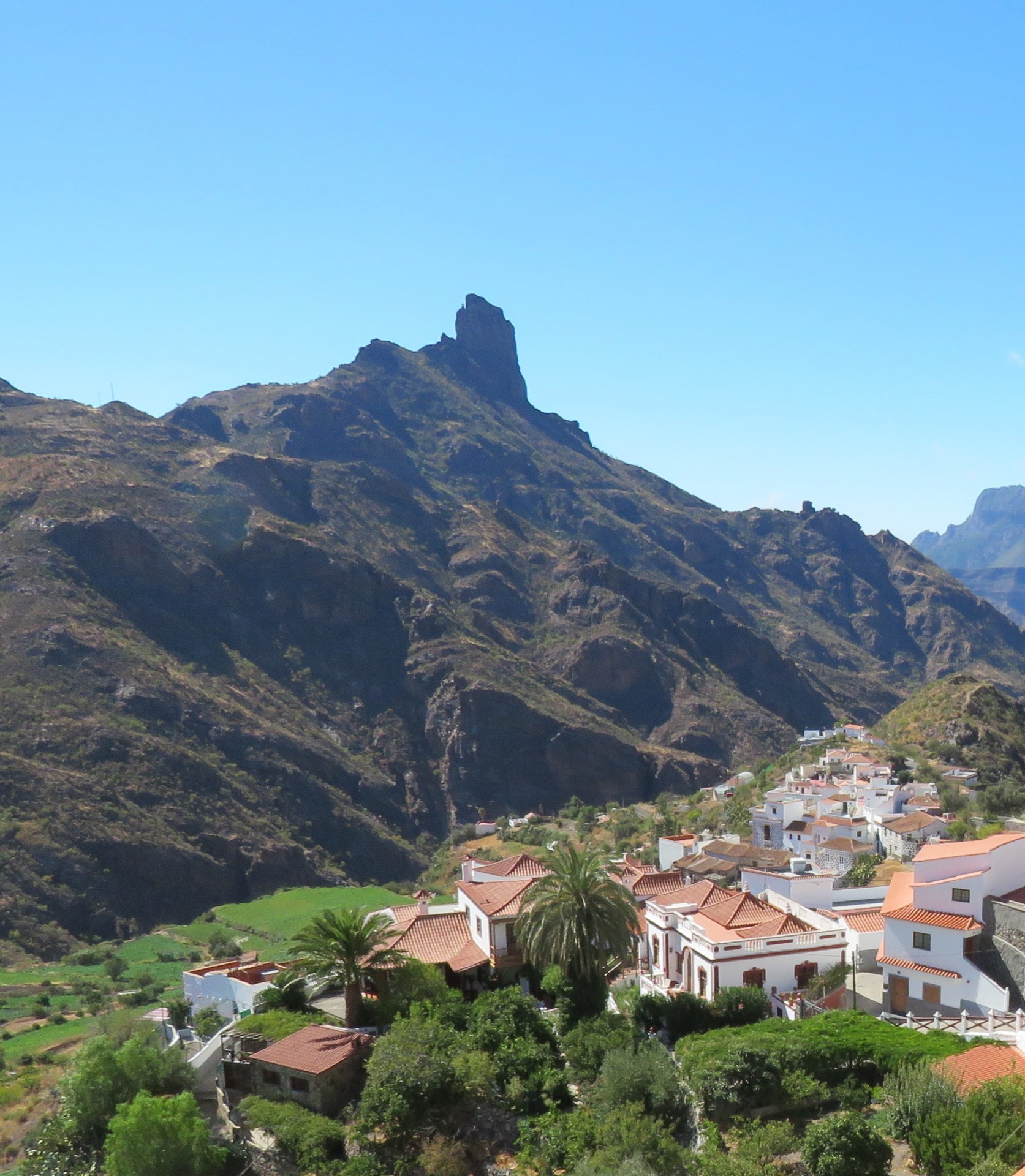 For over 20 years I have been living on this beautiful island. Friends, but also guests sometimes ask me if I am not tired of sun and warmth, no seasons .... The answer is no. What most people don't know is that although the island is relatively small, it still has enormous temperature differences. I myself live in the east of the island. And even after 20 years, I can't estimate it very well. Then it is cloudy, cold and maybe some rain, so I go south in long pants and closed shoes, where I find out that again I put on too many clothes. The temperature can sometimes differ by as much as 10 degrees on this small piece of land!

Due to the large temperature differences, the island can be divided into different zones, with a large variety of landscapes. It really is incredible!

The sunny south is a rugged, rocky area with terraced hills, the perfect place for papaya, orange and lemon plantations. Oases with palm trees, in the middle of such a beautiful ravine... really great (the road from San Fernando to Fataga you must have seen!) The finca´s I rent are all located in the south and almost all have avocado and mango trees and of course banana plants.

The beautiful center of the island

The interior, "La Cumbre" (or the central mountains), is covered with pine forests. Until 2019 it was assumed that Pico de las Nieves was the highest peak of the island (with a height of 1949m you have breath-taking views, of course the best in clear weather). This has now been adjusted and it has been discovered that Morro de la Agujereada with a height of 1955 is the highest peak.  The relief of the island is determined by 34 deep ravines (barrancos), these arise in the middle of the island, ending at the coast, in total there are 112 (also smaller) ravines. At the Roque Nublo you can park your car and take a beautiful walk to this sacred rock, I will certainly come back to this in a next blog.

In the north of Gran Canaria you will find the banana plantations and many authentic villages such as Arucas, Teror, San Mateo and Agaete. The north of the island is beautifully green, and as different as the south. This is because the clouds usually come from the north, against the central mountains, so there is much more precipitation in that area and therefore it is really beautiful green!

The west coast consists of towering sea cliffs (sometimes up to 1,000 meters), with the most beautiful colours caused by volcanic eruptions (long ago) and erosion.

I wouldn't advise you to drive all the way around the island in one day, that's a bit boring. Do go into the inlands. Especially for the winter period: bring a sweater or coat, in summer a cardigan can also be handy!

The total area of Gran Canaria is about 1560 km2. The diameter of the island is about 49 km. It has a population of about 866,000 inhabitants and almost half of the Canarias live in the capital Las Palmas. The island receives about 4.4 million tourists per year. Gran Canaria owes its name to the first explorers on the island who found particularly large dogs here (canis means dog in Latin). In total there are 1700 different species of flowers and plants, some of which are unique.

Gran Canaria is the third largest island in the Canary archipelago, but in terms of beaches, entertainment, history and attractions it is the number one.

We use our own cookies (technical cookies that are necessary for our website to function, they do not need authorisation and they are the only ones that we have activated by default) and third party cookies (to improve our page, customise it based on your preferences or be able to show you advertising tailored to your searches and personal interests) that provide services for our website.

Cookie settingsAccept
Modify cookies
These cookies are absolutely necessary for our website to function and for you to be able to browse it. For example, they are those that allow us to identify you, give you access to certain restricted parts of the page if necessary, or remember different options or services already selected by you, such as your privacy preferences, which is why they are activated by default. Through the configuration of your browser, you can block or set an alert for the presence of this type of cookie, although blocking them will prevent the different functionalities of our website from working properly.
These cookies allow us to study user navigation on our website and to evaluate performance so we can improve by adding new functionalities.
These allow us to save the user's preferences so that we can improve the quality of our services and offer a better experience through recommended products. Activating them will improve the functionality of the website (for example, adapting to your type of browser) and customising it based on your preferences (for example, displaying information in the language you have chosen on previous occasions).
Save preferences