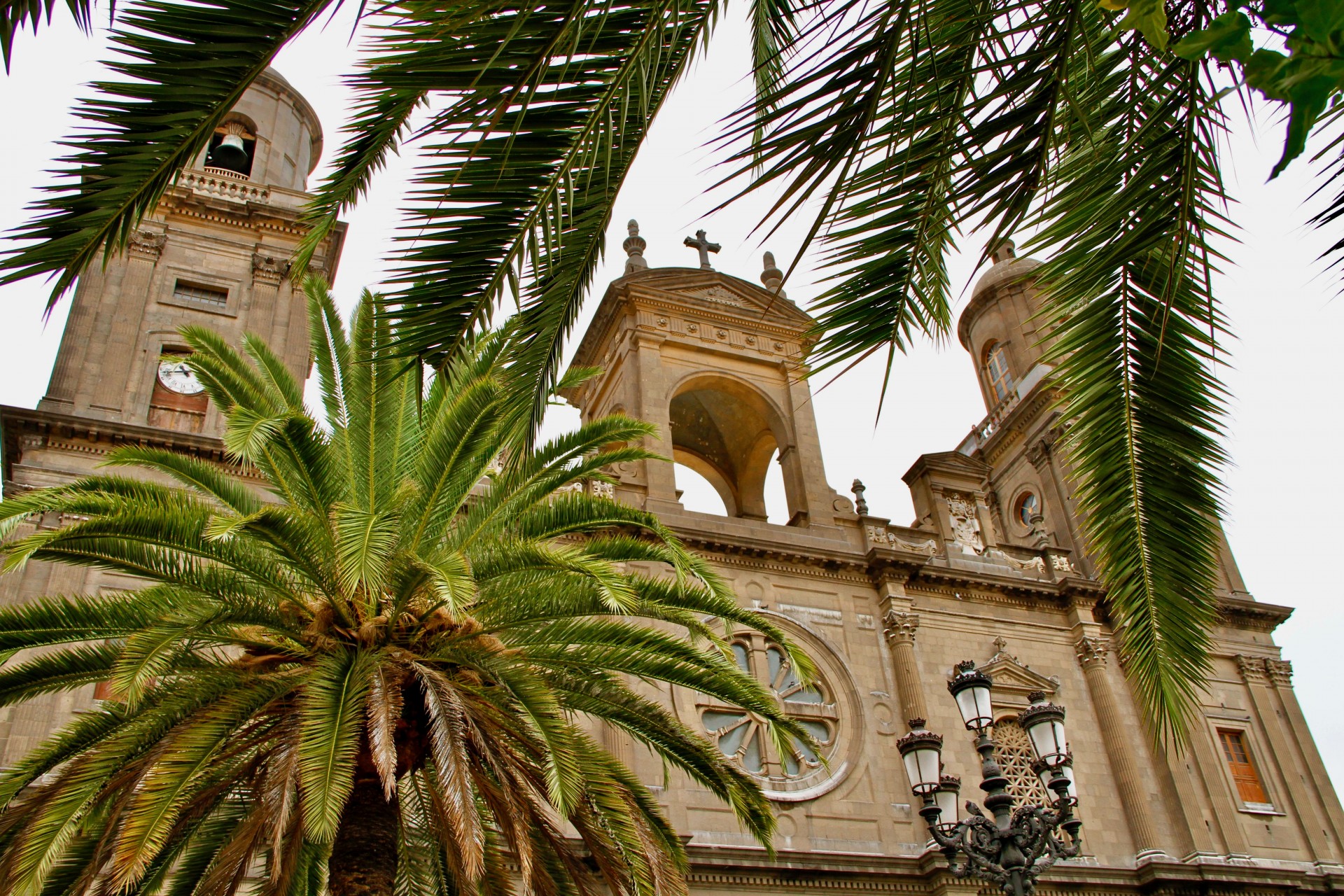 It is highly recommended to visit Las Palmas. This fascinating city in the north eastern corner of the island, stretches 11 kilometres along the ocean. Beach tourism is mainly concentrated on the three-kilometre-long white sandy beach "Las Canteras", or the beach "Las Alcaravaneras" (100 m wide) next to the largest marina in the Canary Islands. The promenade of Las Canteras is perfect for relaxing on one of the many terraces. At the end of the boulevard (in the north) is the Las Arenas shopping centre situated. A versatile shopping centre with all the well-known (Spanish) fashion houses and also Primark is located here.

On the other side of the boulevard, near the harbour, is the square "Parque Santa Catalina", which is mainly visited by locals and here is always something to do.  If you continue walking from the international port "Puerto de la Luz", with the port on your right, you will reach the fortress "Castillo de la Luz". It was built in 1494 and from here the port was defended against pirates and privateers. Eventually without success, the city was captured in 1599, plundered and set on fire!

The old town of "Vegueta" is well worth a visit, here are buildings where many aspects of Canarian architecture can be found: large patios with decorative stonework and beautiful wooden ceilings. The pedestrian squares such as Plaza del Pilar Nuevo, Plaza Santo Domingo, Plaza del Espíritu Santo, with its elegantly carved fountain, and the wooden balconies and ancient streets make it worthwhile to leave the beach for a few hours.

Nearby is "Triana", another very nice district. The Italian-style Teatro Pérez Galdós is one of the most striking buildings in the city. Meeting places in the Triana district are the Plaza Hurtado de Mendoza and the Plaza de Cairasco, where two remarkable buildings are located: Hotel Madrid and the literary cabinet, both built in neoclassical style with modernist elements. Triana also has a nice shopping street. Many large businesses are located in old buildings. So even if you're not planning on buying anything, it's still worth it to have a look inside.

In the famous shopping street "Mesa y Lopez" you can find the most exclusive shops of Gran Canaria and also the Spanish department store El Corte Ingles, you can have a really nice day of shopping here.

In Triana and Mesa y Lopez they still use the siesta, so at noon most shops here are closed between 1.30 pm and 4.30 pm. El Corte Inglés is open all day.

Las Palmas is about 55 km from Playa del Inglés. You can go by public transport (bus no. 30 from the south) or you can go by (rental) car.

We use our own cookies (technical cookies that are necessary for our website to function, they do not need authorisation and they are the only ones that we have activated by default) and third party cookies (to improve our page, customise it based on your preferences or be able to show you advertising tailored to your searches and personal interests) that provide services for our website.

Cookie settingsAccept
Modify cookies
These cookies are absolutely necessary for our website to function and for you to be able to browse it. For example, they are those that allow us to identify you, give you access to certain restricted parts of the page if necessary, or remember different options or services already selected by you, such as your privacy preferences, which is why they are activated by default. Through the configuration of your browser, you can block or set an alert for the presence of this type of cookie, although blocking them will prevent the different functionalities of our website from working properly.
These cookies allow us to study user navigation on our website and to evaluate performance so we can improve by adding new functionalities.
These allow us to save the user's preferences so that we can improve the quality of our services and offer a better experience through recommended products. Activating them will improve the functionality of the website (for example, adapting to your type of browser) and customising it based on your preferences (for example, displaying information in the language you have chosen on previous occasions).
Save preferences